Displays the sensors supported by the device.

The Sensors page displays the sensors supported by the device and the current values of these sensors. Tips for testing the sensors are included on this page. 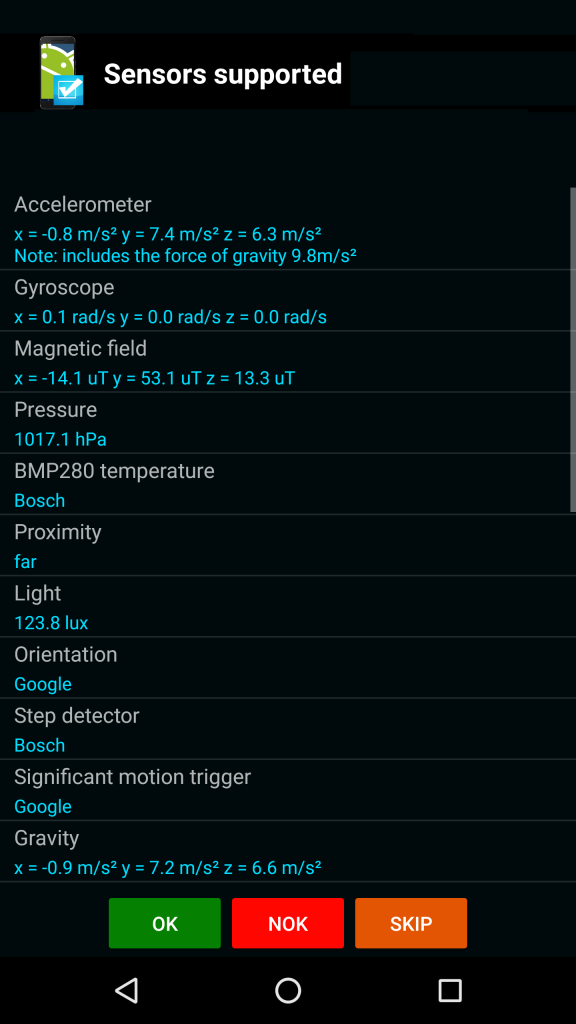 The display of the sensor type/name along with changing sensor values provides the first level of confidence of a functioning sensor. Some faulty sensors just have a fixed value that does not update.

Tips for testing the sensors include:

Generally speaking, if you place the device flat (on a desk) then:

Opening the Phone Check and Test Sensor test on a second newish ‘quality’ phone will allow some sensor values to be compared.

Based on your checks, you should select OK, NOK or skipped

The sensor types supported will be included in the test report, along with the other device specifications.